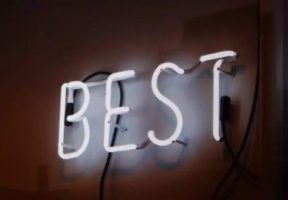 Four of the Top 10 Digital Securities in 2022 are Listed and Traded on CryptoSX – MSTO, DIGau, FST and TIRC

Opinion pieces are based on the author’s personal opinion, and they do not constitute investment advice, financial advice, or trading advice. Securities.io does not recommend that any cryptocurrency should be bought, sold, or held by you. Conduct your own due diligence and consult a financial advisor before making any investment decisions.

Digital securities, or security tokens, as they are popularly called, have been growing in popularity and adoption alike. Originally low in number, digital securities have recently seen a significant rise as more and more companies choose to access the world of digital finance via this method.

The choice is understandable, given that security tokens are regulated, unlike crypto utilities. That gives issuers and investors the peace of mind, at least when it comes to the authorities. Knowing that regulators like the US SEC will not crack down on the asset you invested in, or the company that issued it, eliminates one major concern for investors who seek to go in with serious amounts of money.

At the same time, it makes investments into VC funds and various underlying assets more accessible to regular people. If you are developing an interest in digital securities, we can recommend a list of top 10 security tokens to keep an eye on this May.

It is a highly-influential firm that also provides operational support, capital support, participatory services, and organizes community events. Blockchain Capital offers users its native BCAP token, launched in April 2017, with a remarkable token sale that managed to raise $10 million so early on, and in only six hours. The token ha since been supported by Coinbase Custody, becoming the first security on the largest US-based crypto exchange.

To learn more visit our Investing in Blockchain Capital guide.

The project has made a major investment in a company called Securitize. This is a well-known token issuer that has shown notable traction in terms of tokenizing assets and creating security tokens. They offered services to numerous firms, including Lottery.com, Bakkt, SAGA, ROX, Slice, Archax, and more.

To learn more visit our Investing in Spiece VC guide.

Our third entry is a project called the Millennium Sapphire, which is a tribute to the creative genius of humanity. The images etched on the face of the world’s largest blue sapphire trace some of the most important milestones that the human race has reached, from the beginning of recorded history to this very day.

The sapphire contains 134 scenes in total, representing the highest achievements reached in the last 5000 years. Meanwhile, the project’s native token, MS Token, is used in a unique way. The project created NFTs of the renowned gem, and is selling fractionalized ownership of the sapphire via an STO. The tokens represent bot, fractionalized ownership of the sapphire, and the future pro-rata share in the profits of the NFT studio.

Moving on to our fourth entry, we have a project called INX Limited, featuring a security token INX. This is another company that attracted a lot of attention due to claims that it wishes to introduce a new regulated standard. The firm itself is regulatory compliant with the requirements of the US SEC, EU, and even FINRA, with world-class safety, the highest security standard, and more.

However, its goal is to enable a spot trading suite for digital currencies and digital securities, with a special focus on broad crypto trading offerings. The company is interested in involving institutional investors in the crypto industry, with its own business serving as a bridge between the two. Naturally, independent traders are also welcome to join at any time, access its services, and discover new trading opportunities.

To learn more visit our Investing in INX Limited guide.

Halfway down the list, we have Exodus and its EXIT tokens. This is a project that offers a Bitcoin and crypto wallet, allowing users to easily send, receive, and exchange not only BTC, but also more than 200 additional cryptos, and to do it with ease.

The project’s approach combines a Reg A+ offering, crypto payments, and common stock digitally represented by EXIT tokens, where each EXIT token represents one share of the company’s common stock.

Those who decide to keep their digital assets in a crypto wallet can also store EXIT tokens in the same convenient way, and use the wallet’s advanced security mechanisms to ensure the tokens’ safety.

To learn more visit our Investing in Exodus guide.

Moving on to our sixth entry, we have FirstShot Centers LLC, which is a company that creates unique, themed entertainment outlet centers from abandoned malls, big box stores, and alike. The company’s goal is to find all of the empty shopping malls and big box stores scattered across the US, with prices at a fraction of replacement costs.

Nationwide, there are over a billion square feet of retail space that sit completely empty. The project aims to repurpose this space for a specific targeted industry, where each center can house a variety of national tenants.

In the seventh spot, we have Societe Generale SFH 1, which is the covered bond vehicle of Societe Generale, issued the first covered bond as a security token on a public blockchain. The token has been around since April 2019, running on Ethereum’s blockchain. The operation was originally an experiment meant to research disruptive business solutions using blockchain technology, with the goal of developing new digital capital market activities.

It unveiled more efficient process for bond issuances, with many areas of added value that were predicted, among which was product scalability, reduced time to market, computer code automation structuring, increased transparency, faster transferability and settlement, and more.

Next, we have SiriHub, which is the first SEC-regulated real estate-backed investment token in Thailand. The project’s goal is to allow investors to gain stable yields in exchange for their investment. The token uses Siri Campus as its underlying asset, which has steady cash flow coming from long-term lease agreement with Sansiri Public Company, Ltd.

Now, SiriHub tokens allow users to empower their wealth, receive quarterly revenue share, receive revenue share based on Siri Campus’ rental payment, become early movers to ownership of real estate-backed token in Thailand, and more. Investors can buy a minimum of 10 Baht, and they can do it easily via their smartphones.

Nearing the end of our list, we have Dignity Gold LLC, which is a blockchain development firm that creates securities tokens to establish investment opportunities into the precious metals mining and mineral sectors in the United States.

According to the project, Dignity Corporation is a blockchain firm that creates securities tokens for precious metals and minerals, whose agreements create an implied intrinsic value. The intention is to provide a safer, more stable investment. Meanwhile, as a tokenized security, Dignity token will grant special benefits to its holders, including additional distributions that may be based on the securities held. Dignity will continue the tokenization of metals, and offer its holders distributions, discounts, and tokens for other offerings from the company, based on their ownership.

Last, but not least, we have Tinaga Island Resort, which is a project by Tinaga Resorts Corp. The company decided to issue a securitized token, TIRC, with the goal of raising $10.60 million for the development of a 5 star beach resort. The importance of this STO is that it was the first of its kind in the world, and it took place in mid-November, 2020.

The plan is for the resort to begin operations in December 2024, and for the token to start generating profit from those operations.

Meanwhile, ownership of TIRC allows users to receive income from villas sales and hotel operations. It is a unique representation of how digital securities can impact the real estate, and even hospitality industries, granting these tokens brand new use cases.

The list of available security tokens that are registered and safe to invest in continues to grow. The growth has been slow over the past few years, but it is now speeding up, offering another type of asset that bridges traditional and crypto finance, and offers a doorway into cryptocurrencies for institutional investors, and a doorway into traditional investments for regular people.

In the end, all that matters is that your investment is safe and that it has the potential to bring profits, and security tokens can definitely offer both.